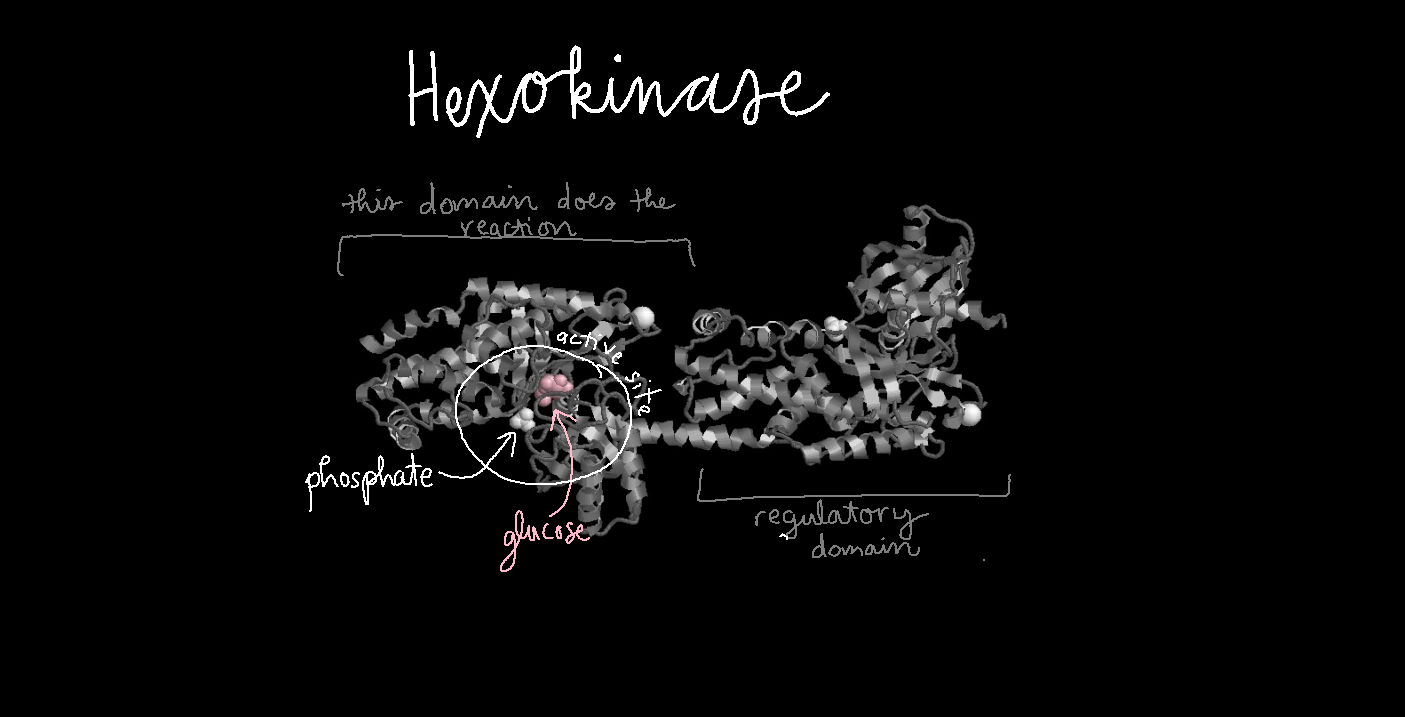 Hexokinase is an enzyme (a protein that promotes a chemical reaction). Kinase enzymes add phosphate groups to other molecules, and hexokinase adds phosphate groups to glucose molecules. This is the first reaction that begins a long process of breaking down glucose sugars into useable energy.

Hexokinase works in the cytoplasm of cells. The phosphate group that it adds to glucose is like a label that tells other enzymes to break it down and prevents it from leaving the cell.

The other domain is regulatory and gives instructions to the first domain in response to outside signals.

Hexokinase has a coworker called PFK that does the next step in the glucose break-down process. When PFK is working much slower than hexokinase, glucose labeled with phosphate builds up. The labeled glucose molecules bind to the regulatory domain to tell hexokinase to stop labeling glucose and let PFK catch up. It’s a way of saying, “there are too many of us here! Slow down!”

Hexokinase is a leader for the rest of the glucose break-down process because its rate of work influences the rates of other steps. Getting this process right is of utmost importance because it is a primary way that our bodies turn our food into the energy we need! If your hexokinases did not work correctly, you would not be able to live.